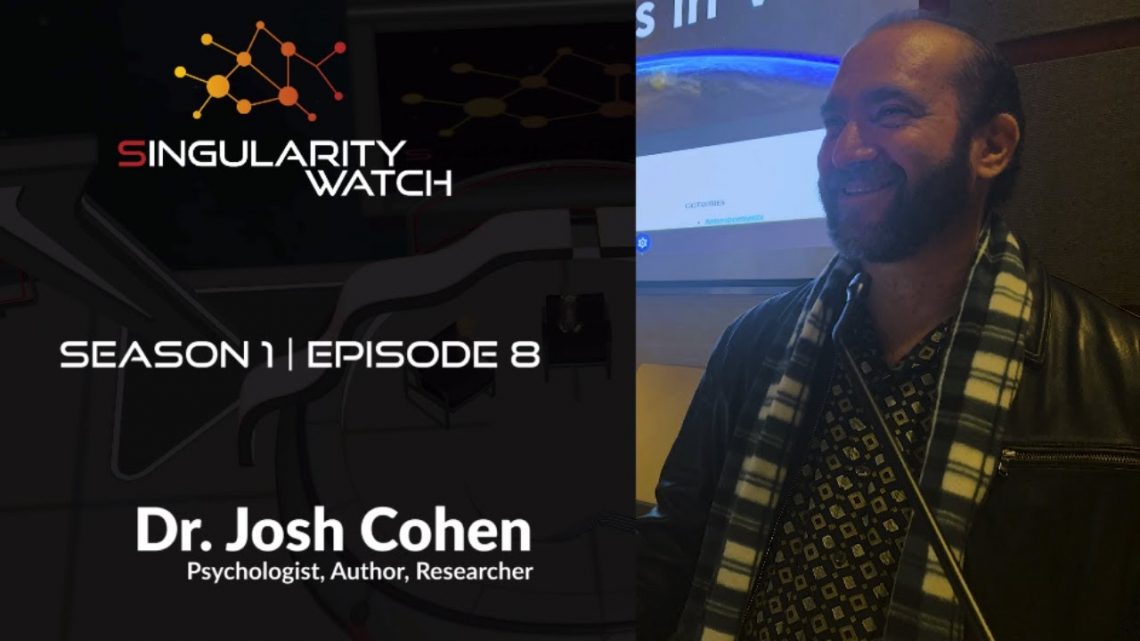 This is one of the most challenging questions every one of us needs to face at a certain point in life, and one of the most fascinating fields touched by psychology. In recent years, the concept of self-storytelling has become widely accepted, and the tools to empower our personal narrative have flourished.

2020 has changed a large part of our lives, starting with the widespread work from home, and ending with the structural uncertainty of the era we’re living in. In a way, 2020 has been a defining year for psychology, too, and the ability to comprehend ourselves has deeply changed.

Today our journey meets Dr. Joshua Cohen and his world of ideas and solutions for a deeper self-storytelling. He’s a Media Psychologist and a person who’s constantly exploring the boundaries of the human mind and technological transformations, a world leader in special branch of psychology based on the creation of multimedia content with the patients to face many different challenges. He’s the author and co-editor of the book “Video and Filmmaking as Psychotherapy: Research and Practice”.

As a Media Psychologist, he has developed the programming for Peer Mental Health: Virtual Reality and Peer Mentorship and overall Wellness and Workforce Development. How can the immersive domain further improve the therapy strategies?

Technological advance is often about balance. Balance between change and accessibility, first of all, but also about data. In an era of constant reality capture, we deal with highly refined personal informations, with strong identity and privacy challenges especially in the medical field, and this is something no one can ignore.

He’s an author of Video and Filmmaking as Psyschotherapy: Research and Practice and a researcher. He was clinically trained, and he’s both a peer and a professional.

In 1996, he was diagnosed with bipolar disorder, and shortly afterward finished his bachelor’s degree in Film and Anthropology and then began his work as a film editor working with Patrick Swayze on Dance in 2001 and Doug Pray on a documentary about the Dalai Lama right around September 11th, 2001.

He’s been hospitalized over 10 times and also put on total and permanent disability and dialysis due to kidney failure. His books are distributed in several countries and over 100 libraries worldwide and taught in psychology and film classrooms as well including USC.

As a Media Psychologist, he has developed the programming for Peer Mental Health: Virtual Reality and Peer Mentorship and overall Wellness and Workforce Development.

Learn more about him his projects:

The Singularity Watch podcast is also available on: